Further exploration of the burgeoning of white supremacy during Trump’s rise to power, and the role that our church must play in resisting this rise of white nationalism.
Nov 27, 2016 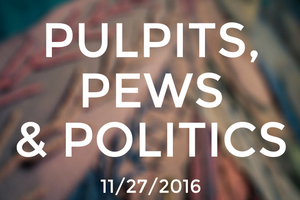 Exploring the relationship between faith and politics, Phillip argues that our values as UU’s entail a political fight for social justice and equality. Here is the opinion piece referenced in the sermon: Why I Left White Nationalism by R. Derek Black
Jul 3 Playing with Ideas
Jul 3 Spiritual Studies